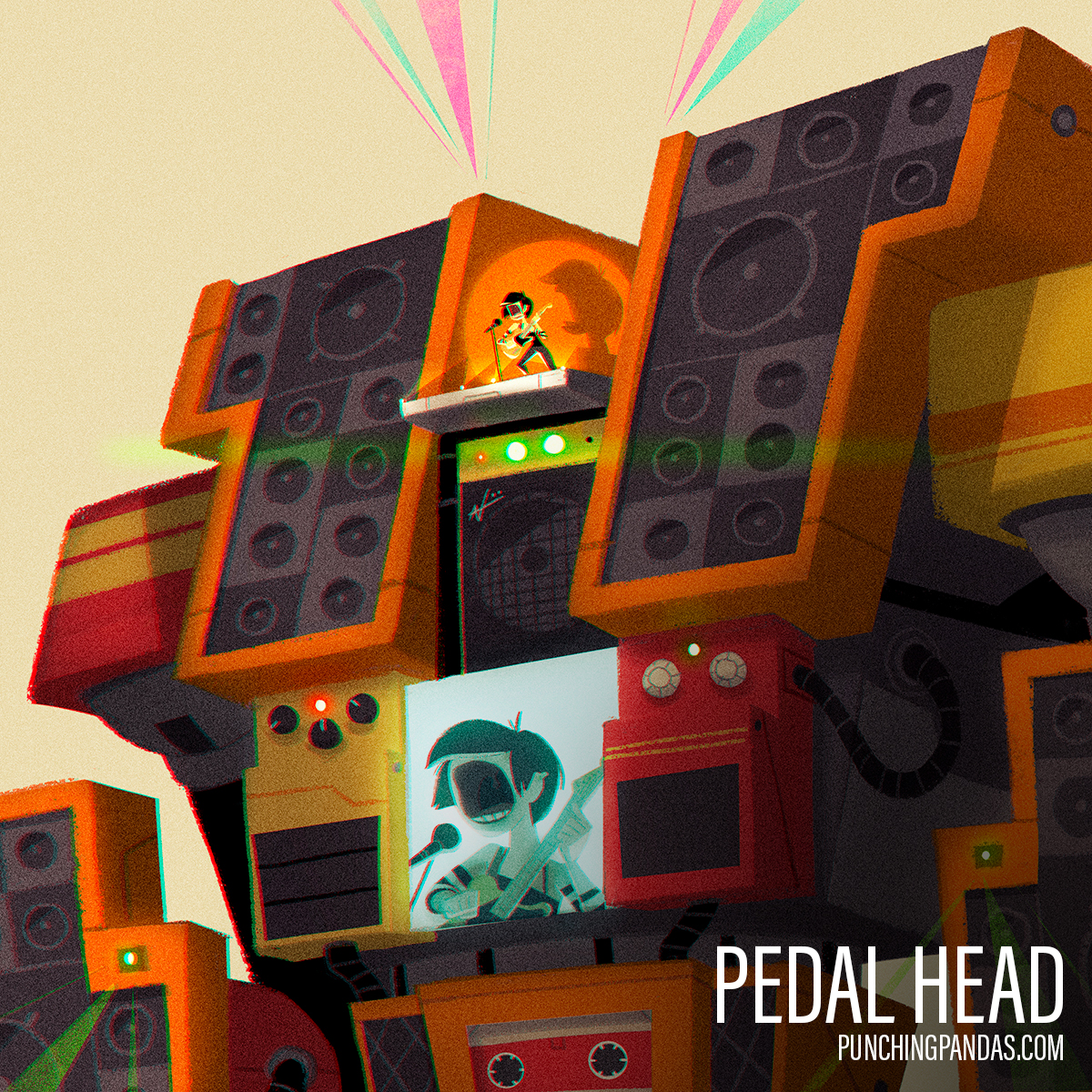 A while ago, I was introduced to the Character Design Challenge when I restarted my Facebook account. It’s similar to the Sketch Dailies themes that I used to participate in except that it’s a monthly theme and there’s more of a format to the submissions. I tried to submit for some of the previous months’ themes, but I would always end up missing the deadline. There’s even a couple of pieces that were pretty far along, but for some reason, I couldn’t figure out how to finish them. After four months of missing the deadlines, I finally got a jump on this month’s theme of “Robots & Androids.” Below is my final submission titled, “Pedal Head,” the massive rock ‘n’ roll droid.

Like I said in my superhero remix post, I’ve been trying to shake off the cobwebs after taking a break from art. I’ve been getting back into the habit of drawing regularly, but having to do robots ended up being a little tougher than I anticipated. It’s not that robots are hard to draw, it’s drawing robots that are interesting that’s the challenge.

Actually, it was fairly unenjoyable, until the last 10% when it all came together. But it’s satisfying to be able to figure out the design in the end. Below are some of the iterations that I had to go through to arrive at the final piece. By the fifth sketch, I was nearly ready to chuck my Wacom pen at the wall like a dart. Eventually I had to call it quits, better finished than perfect, I suppose.

As a reminder, Geek Girl Con is coming up soon September 30 – October 1. I still haven’t received my table assignment yet, but I will mention in a future post once I get it. I’m looking to see if I can get the “Haiku Pandas” together as a book, but I have a few more drawings that I need to finish in order for it to feel complete enough.

Also, I added my “Stand By Me” piece for the Stephen King tribute show to my shop. If there’s a piece on this blog that you’d like to see as a print, please leave a suggestion in the comments below.

Have a great rest of the week!