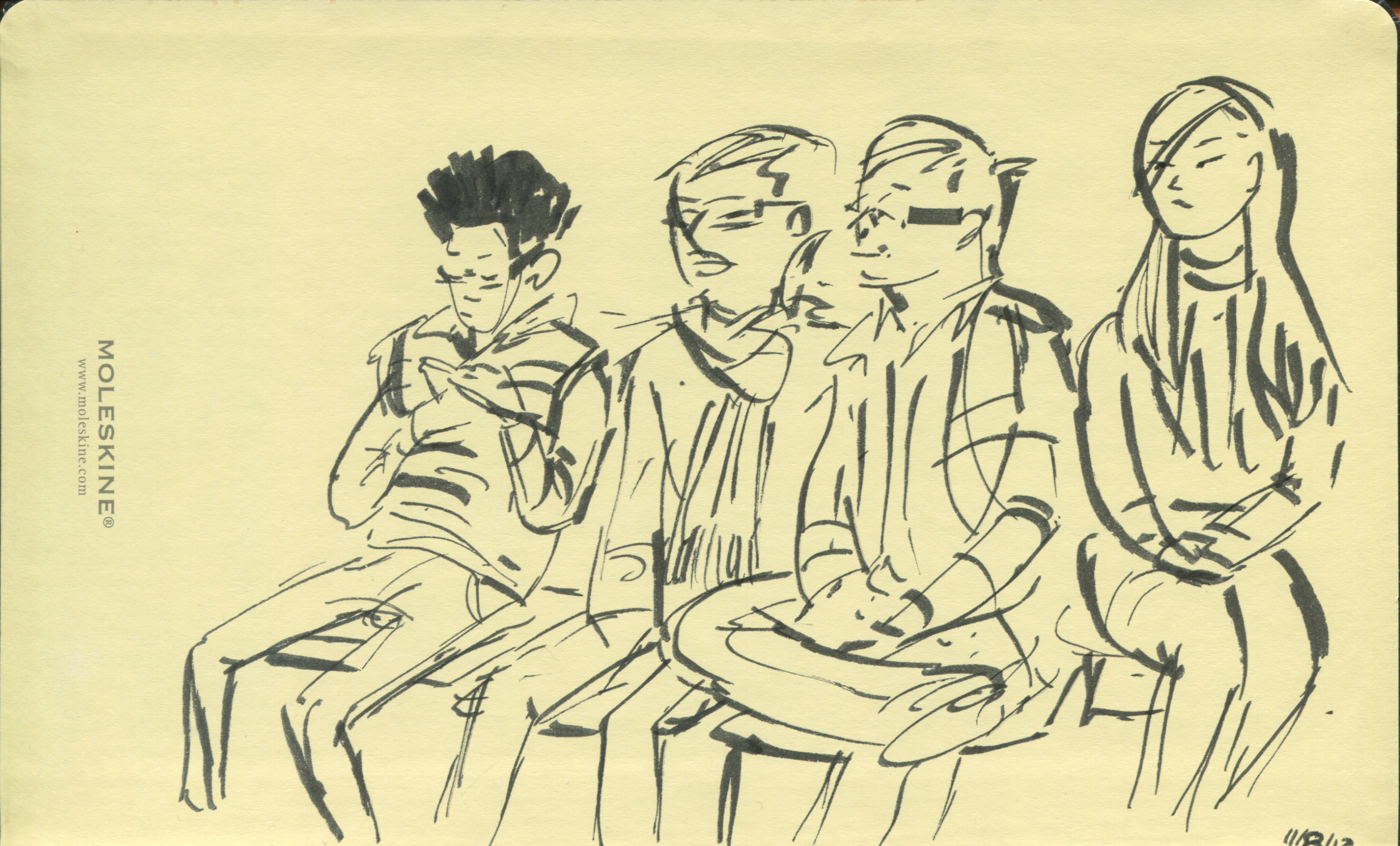 From left to right: Justin, Isaiah, Brian, and Helen listen during Friday fellowship.

Having dinner at Quinn’s Pub with Galen and Christine.

A quick sketch on the way out.

I had over a month left until the proposal.  The most difficult task now was to keep it all a secret from Olwen.  My main concern was with her parents since they’re the ones that I probably would have the least control over.  It turned out that leaks were coming out elsewhere.

After I picked up Olwen from the airport, we headed over to NewGen, my church fellowship.  I had to give Olwen back her car, so I had her drop me off at the fellowship.  We were hanging out on a couch when Christine spotted Olwen and walked up to us.  She welcomed Olwen back and asked about her trip to Rwanda.  And that’s when she said, “Wow, you guys have been doing a lot traveling.  Nolen just got back from Toronto.”

She did not just say that.