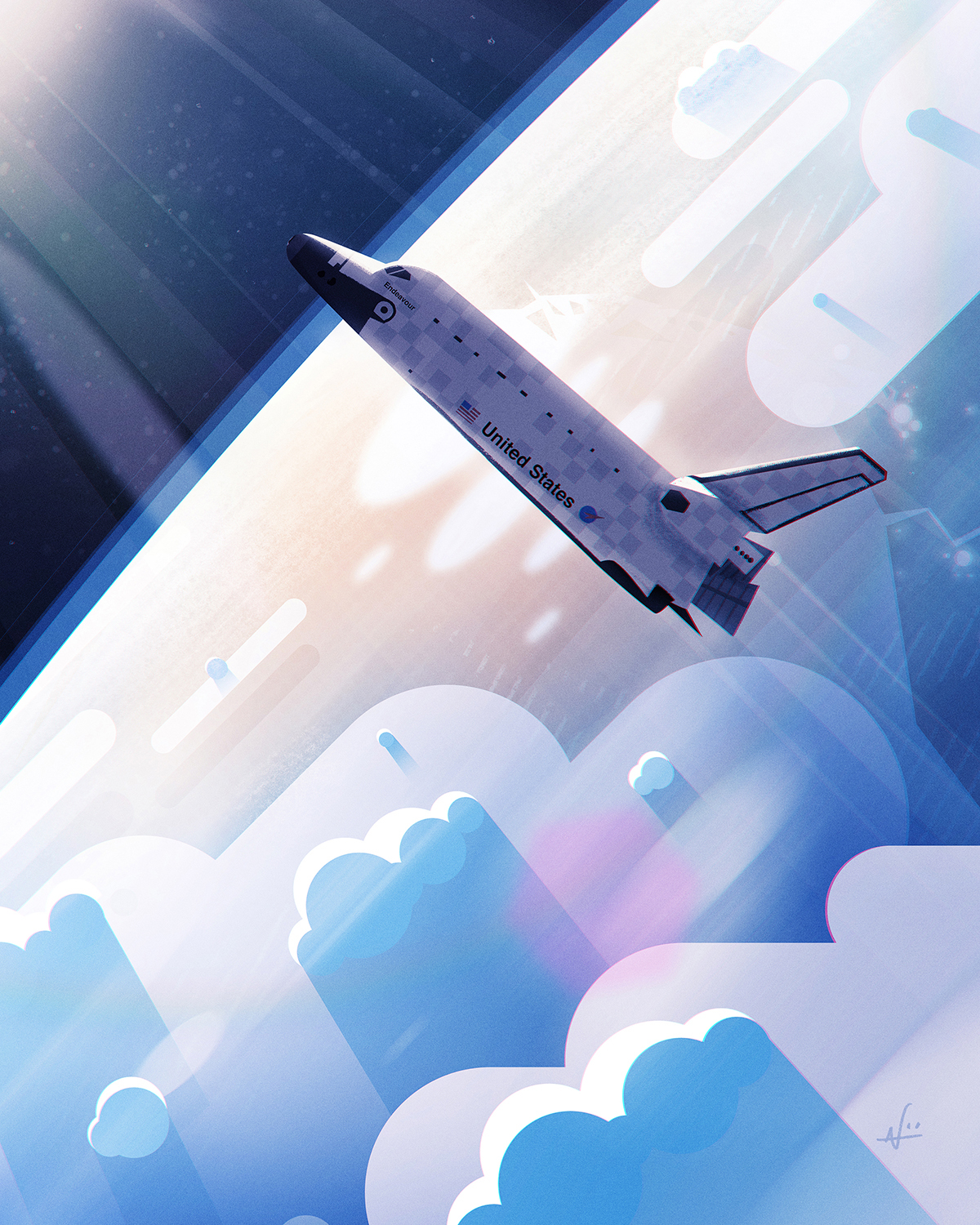 This is an overdue post, it’s been pretty hectic trying to sneak in some blogging in between parenting, moving, and remodeling.

Smartsheet commissioned me last summer for a piece based on the title of one of their monthly software releases. For this commission, I had to base the artwork on the title, “Endeavour.” I reviewed some of art of their previous releases, and saw that they were recently going through a space theme, so I decided to have my piece follow in the same vein.

I did some Wikipedia research about the shuttle, Endeavour, and a couple of interesting bits that helped inform the piece. What stood out to me was that it was the first shuttle constructed after the Challenger disaster in 1986, so I wanted to capture a sense of hope after such a tragedy. Also, the definition of the word, “endeavour” is “an attempt,” so that’s why I positioned the cockpit at the moment it crosses the horizon of the earth as it attempts its venture into space.

You can see some of Smartsheet’s previous release artwork which was done by the talented Carissa Weber.