I had the pleasure of making a commission for some friends who wanted an illustration of their family get-togethers. Looks like they have a lot of fun at these gatherings! 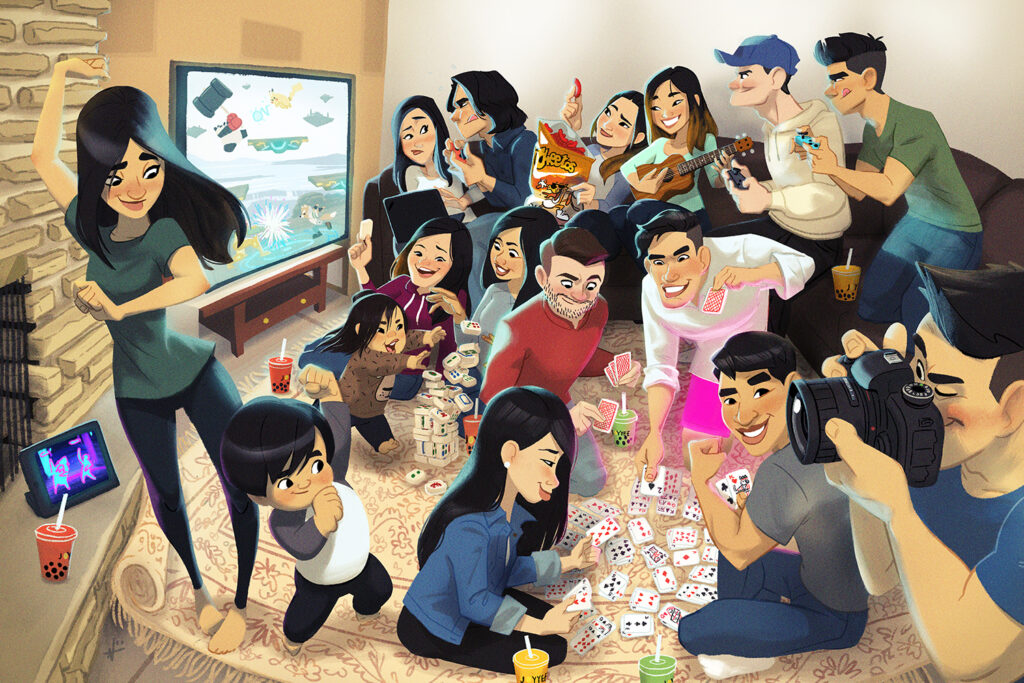 Here is a sneak peek of a story I’ve been working on. It’s titled Hugo’s Perfect Picnic, and is about a giant gorilla trying to find the perfect picnic spot. It’s based on a gag that I thought about a long time ago, but I felt like I needed to work on this story as a way to test out a new paper-cut style. It was a lot of fun to make, but at the moment, I’m not sure if it’s going to be something that I can self-publish, but in the meantime, I can share some of the art here for you all to enjoy. 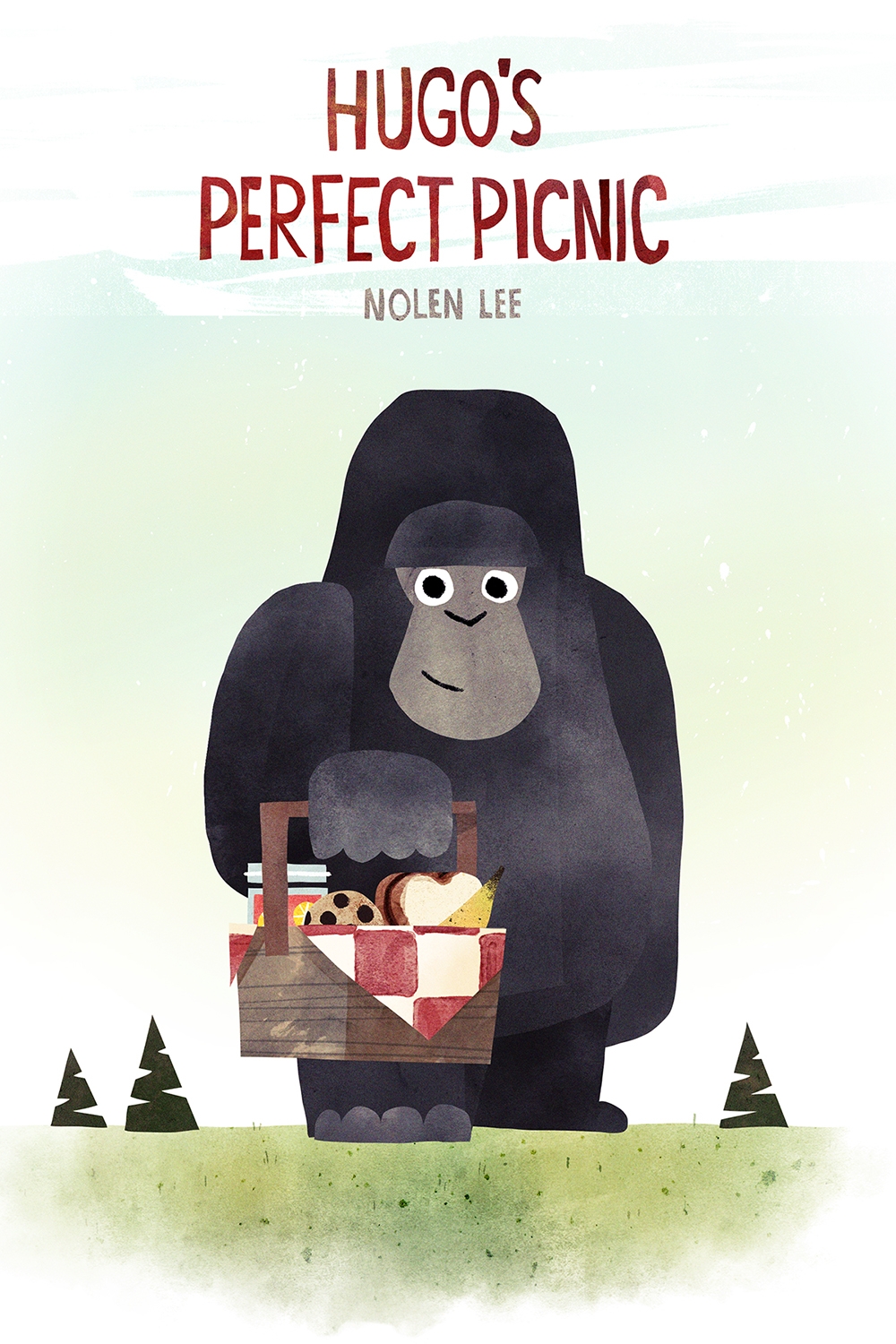 This was a set of illustrations I made with TDW+Co for a Chinese New Year calendar to be released by US Bank. Thanks to Abe Wong and the TDW+Co team for working on this project. 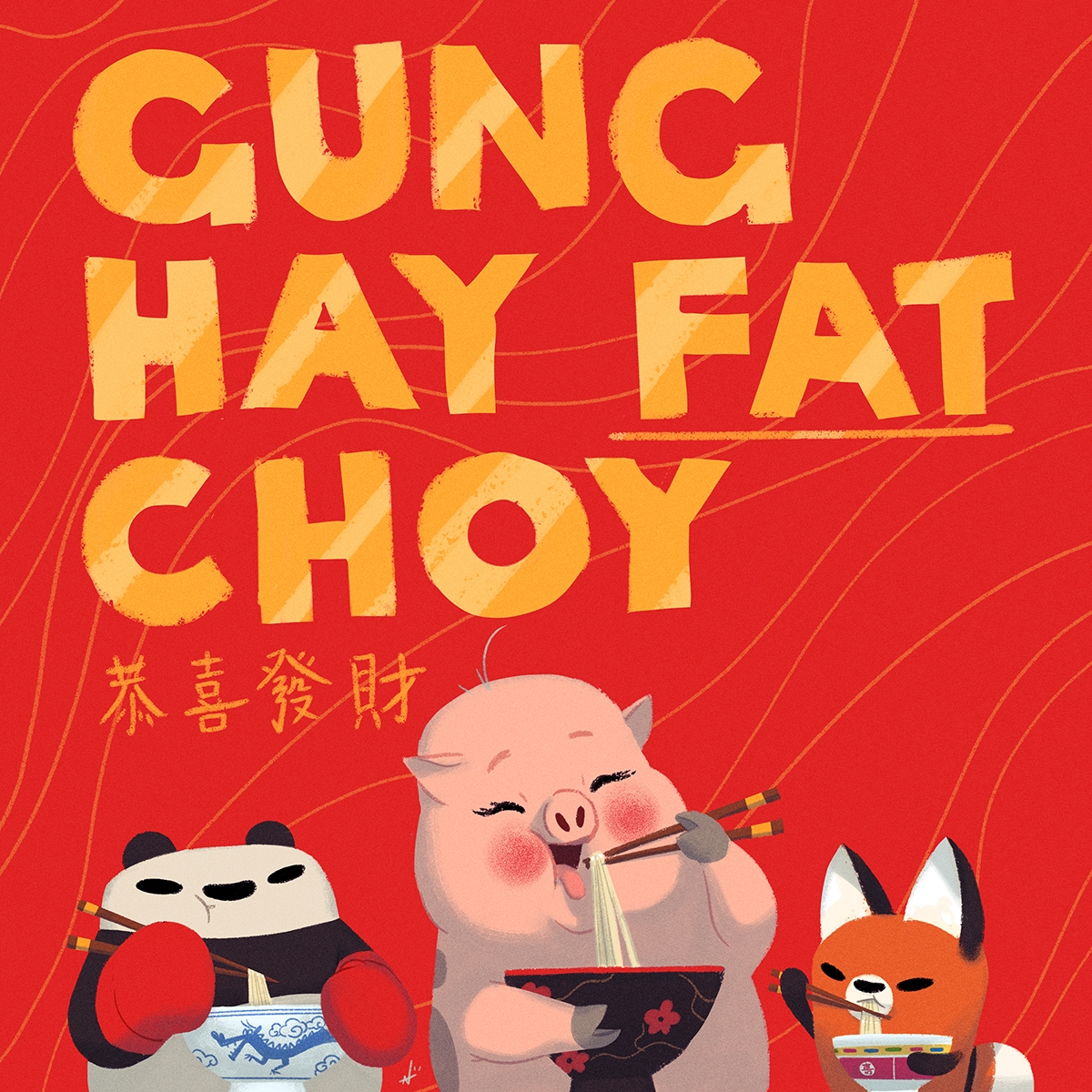 Also, panda will be at ECCC this year at the same table, J4, right next to hooman friends Patrick Ballesteros and Genevieve Santos. Hoomans should come by and visit panda, give high five, and free food. 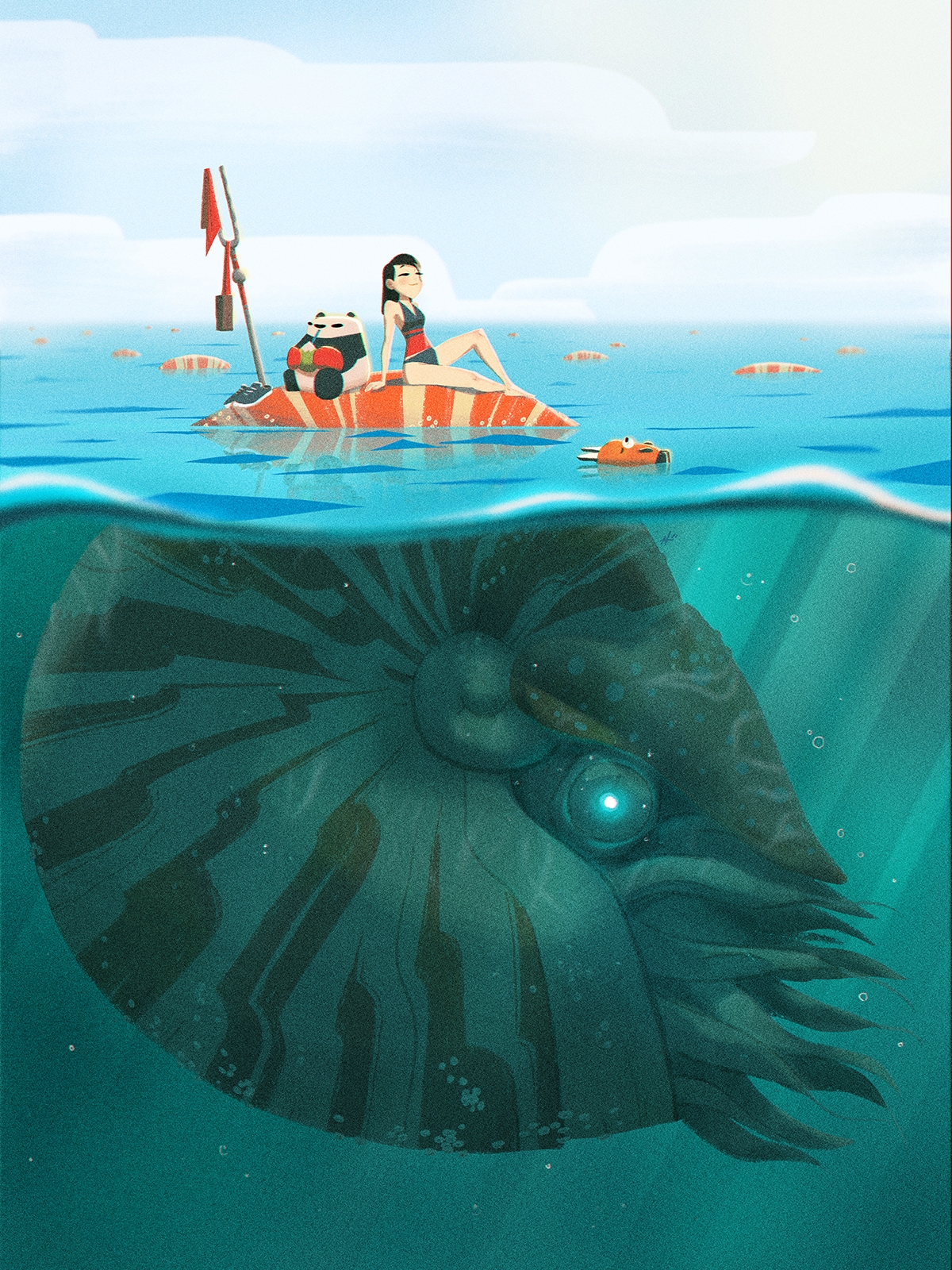 Pet hooman Nolen also made fancy schmancy timelapse video. And below that, hoomans can also see Monsters and Dames pieces from the previous years.

I recently completed a piece for Q Pop Shop’s “Neo Tokyo: A Tribute to the World of Akira” art show running from July 27 to August 12. 2018 marks the 30th anniversary of the anime film “Akira” directed by Katsuhiro Otomo based on his own anime. The piece is titled “Circles” which I used to base the design on. This piece was done with sumi and vermillion inks on hot-press watercolor paper. 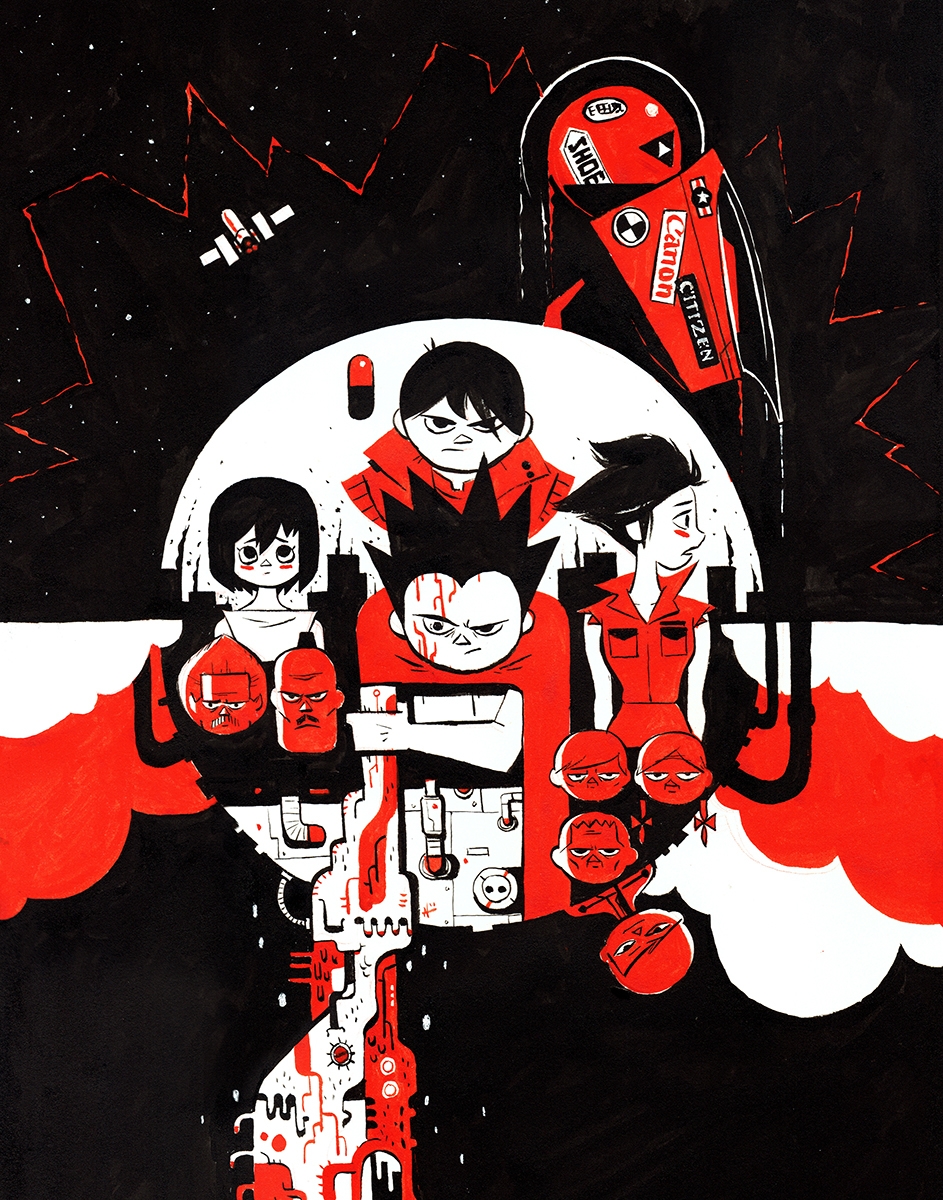 You can visit Q Pop’s site to see the other pieces in the show which are all available for purchase. If you’re in the area, snap a photo of my piece with yourself doing a weird pose in front of it.

Lastly, I made a timelapse of the piece on YouTube below. 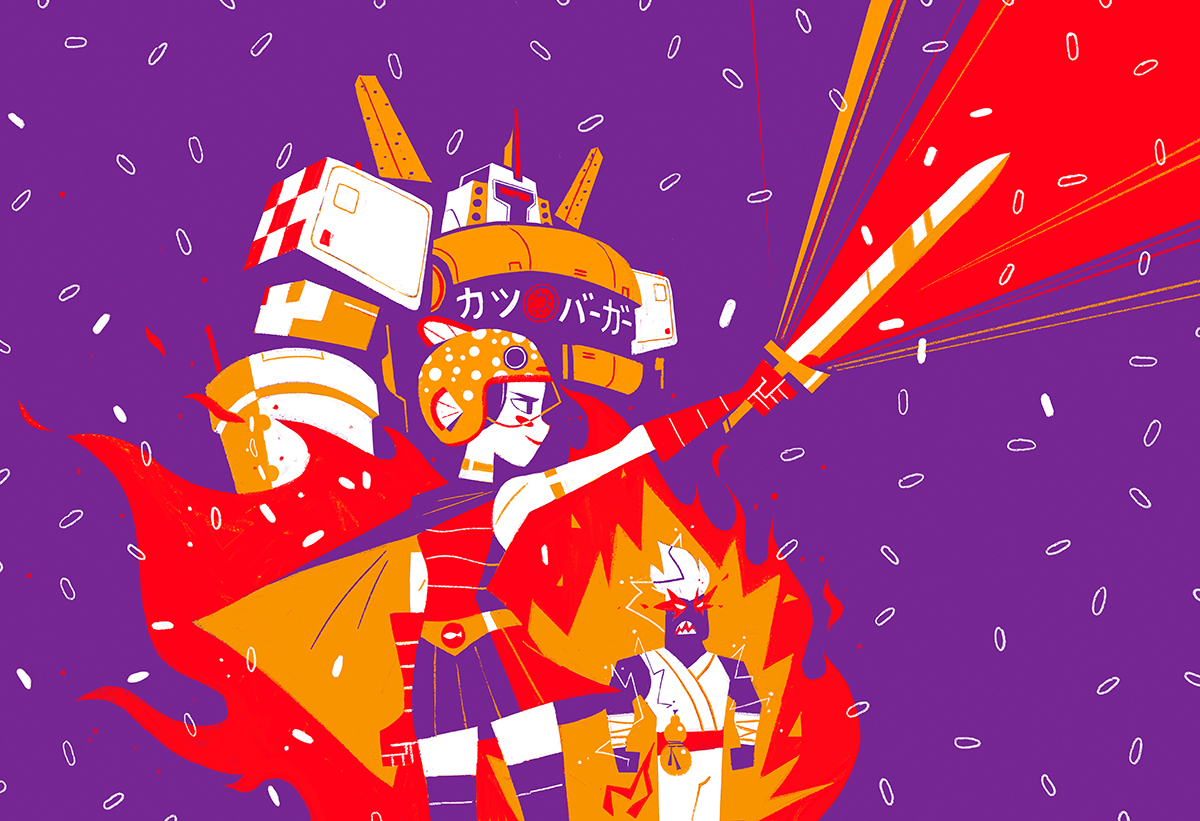 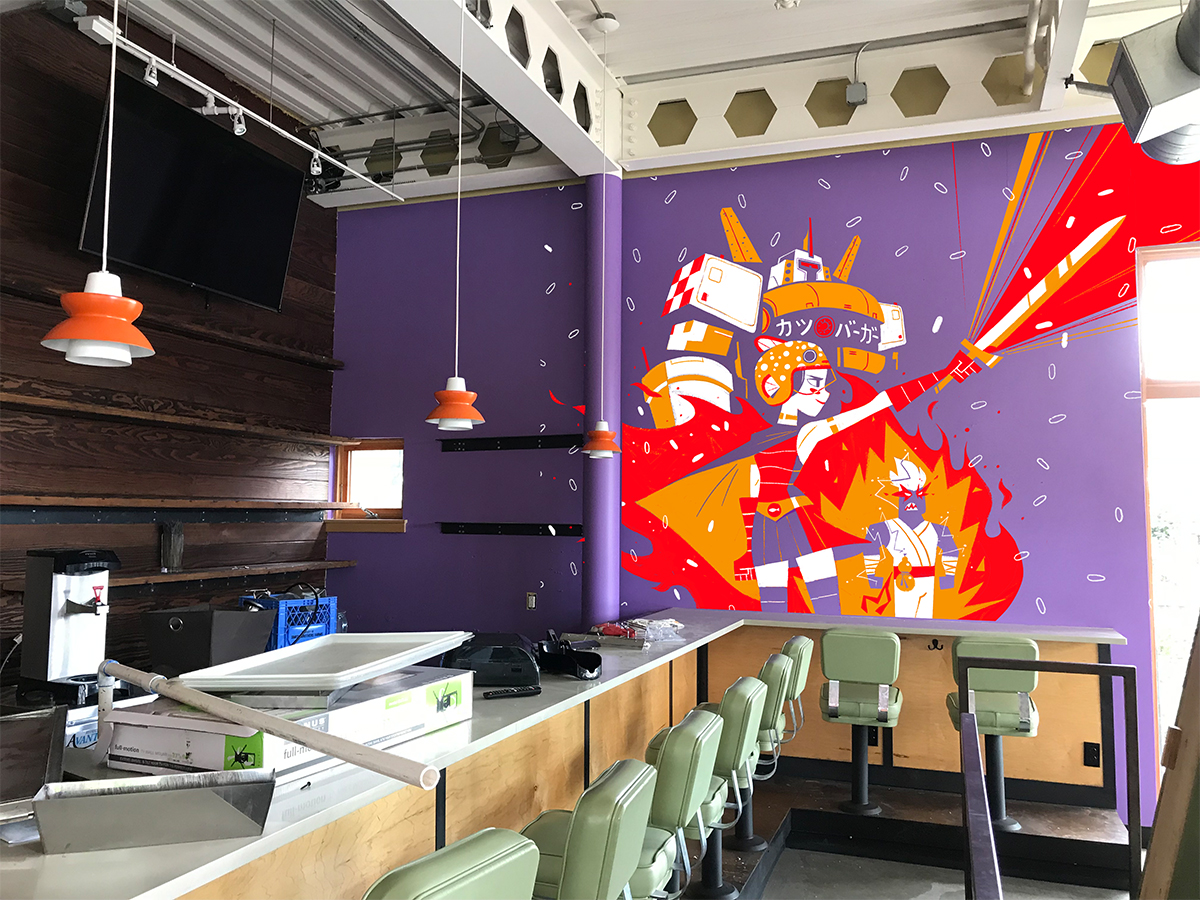 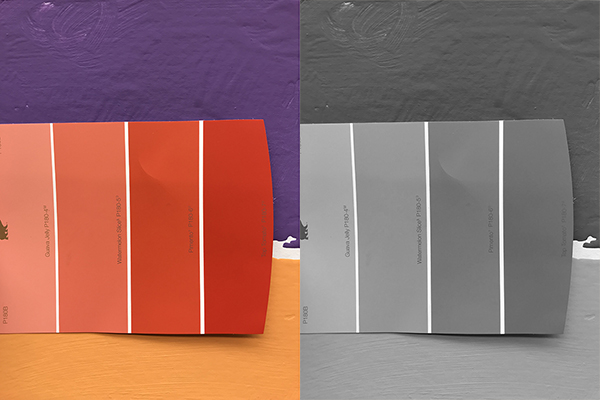 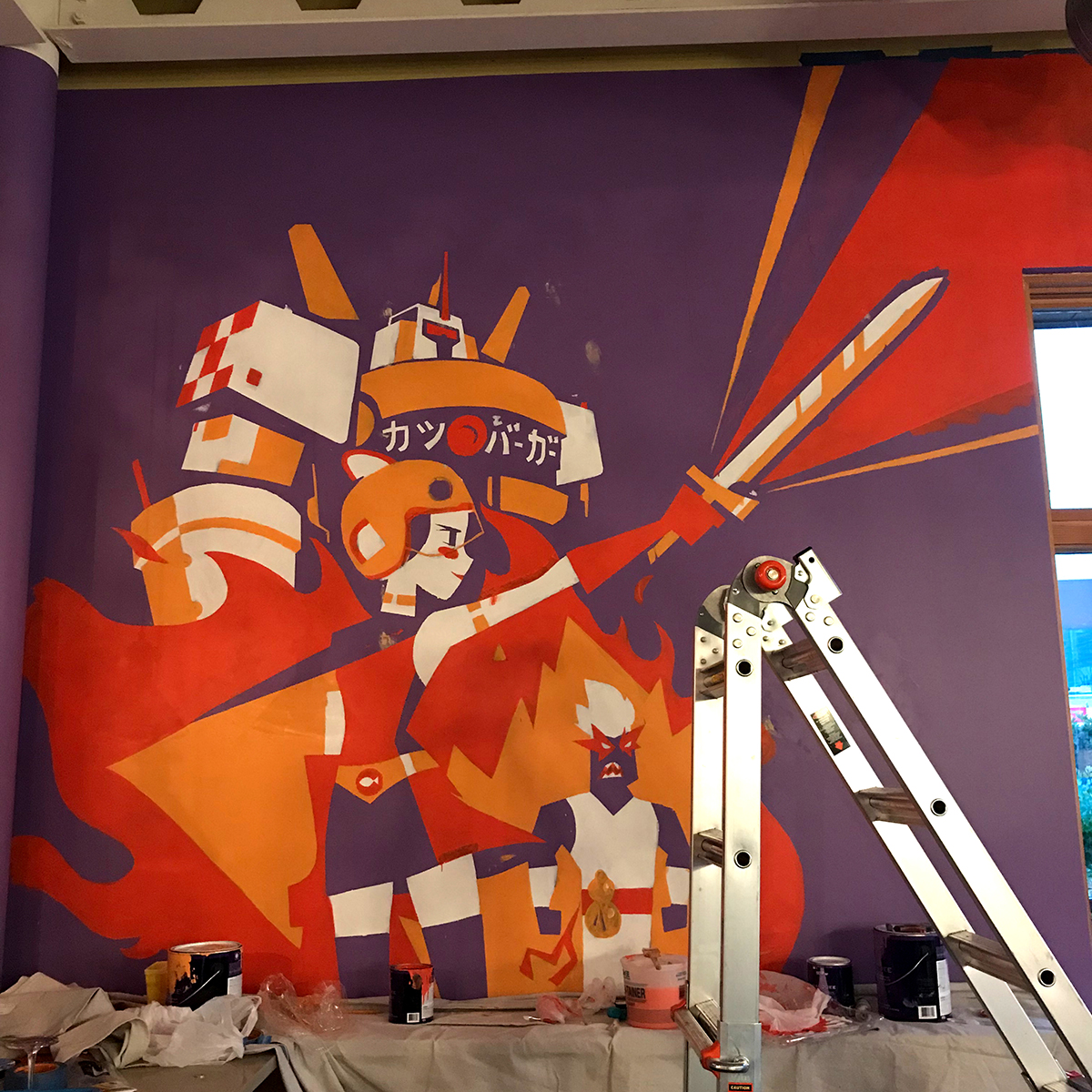 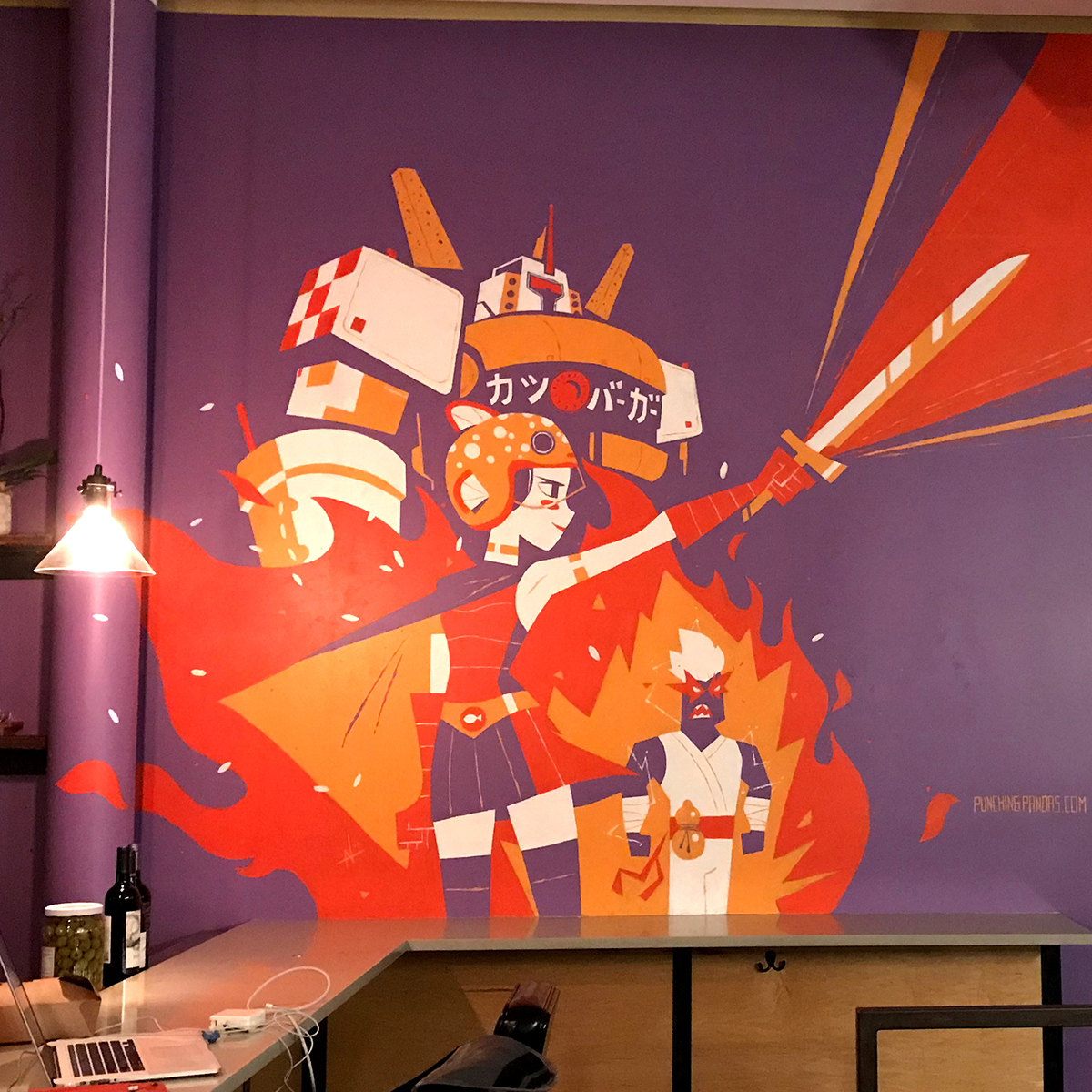 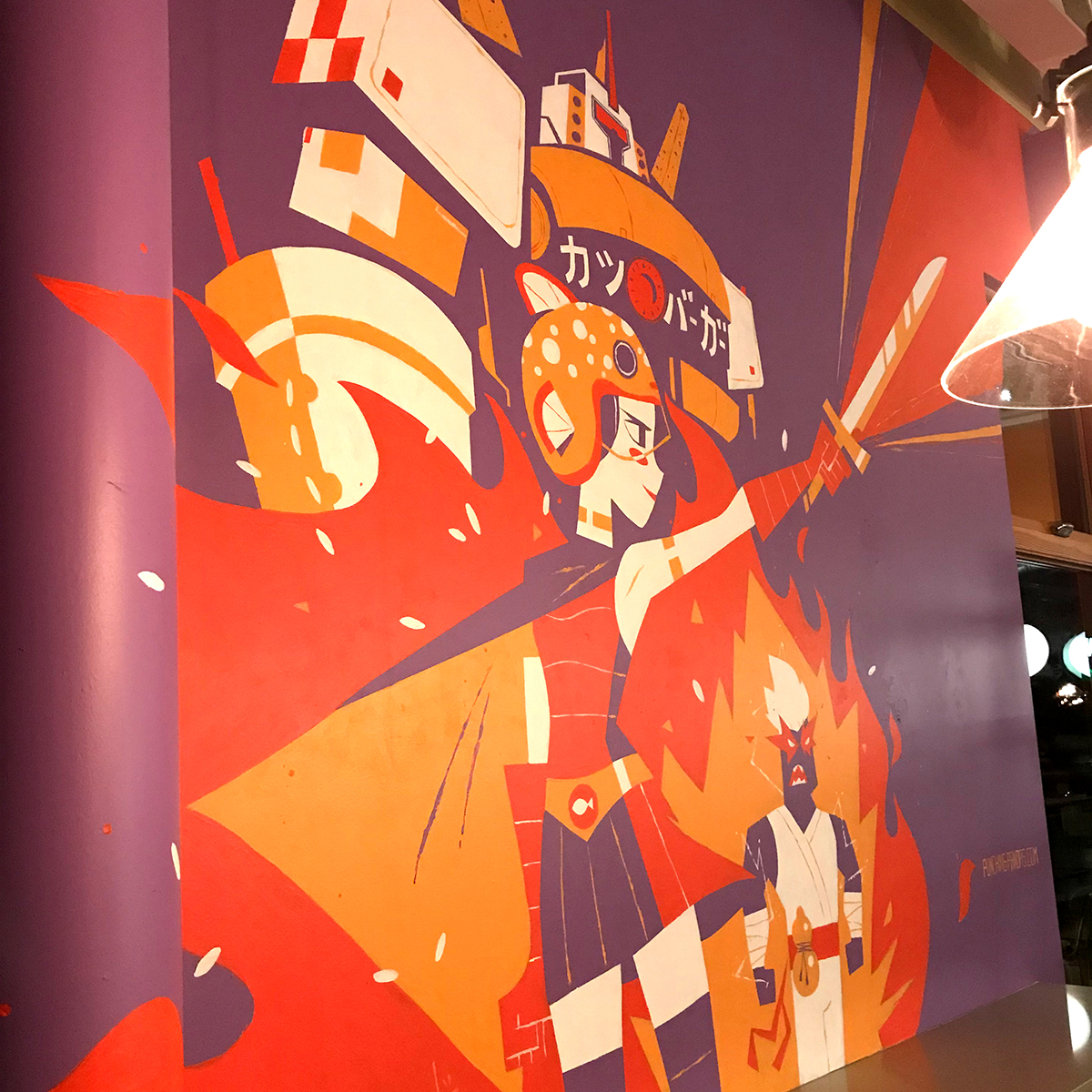 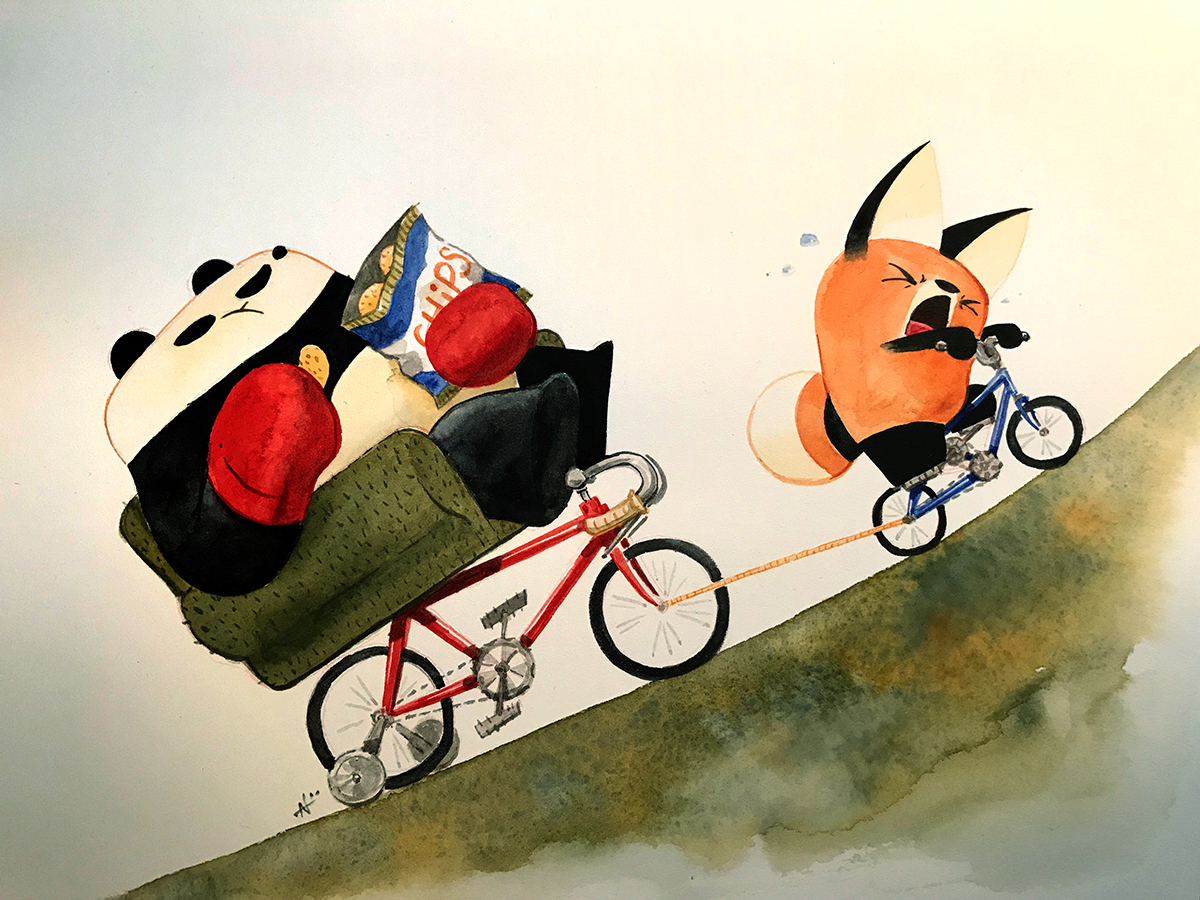 Panda like the bicycles, but bicycles better with friends. 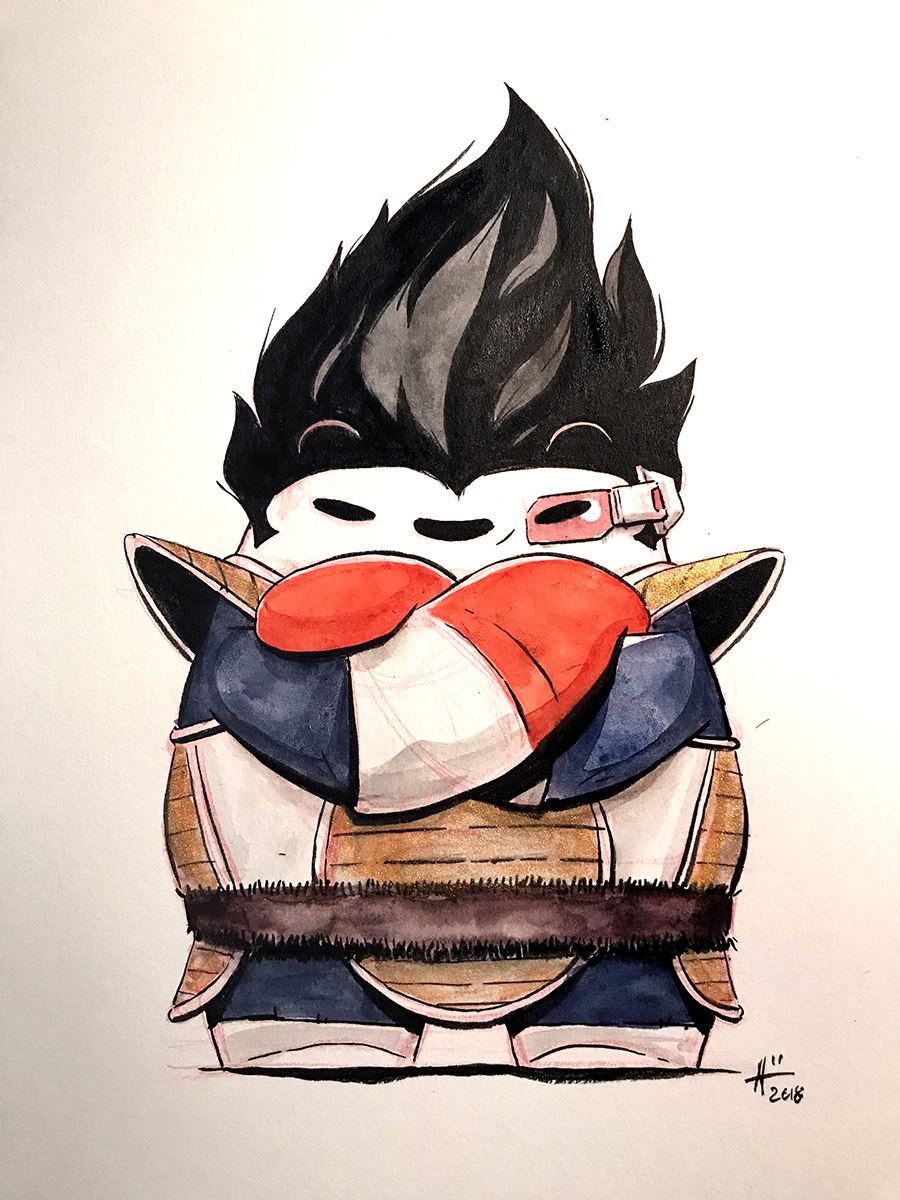 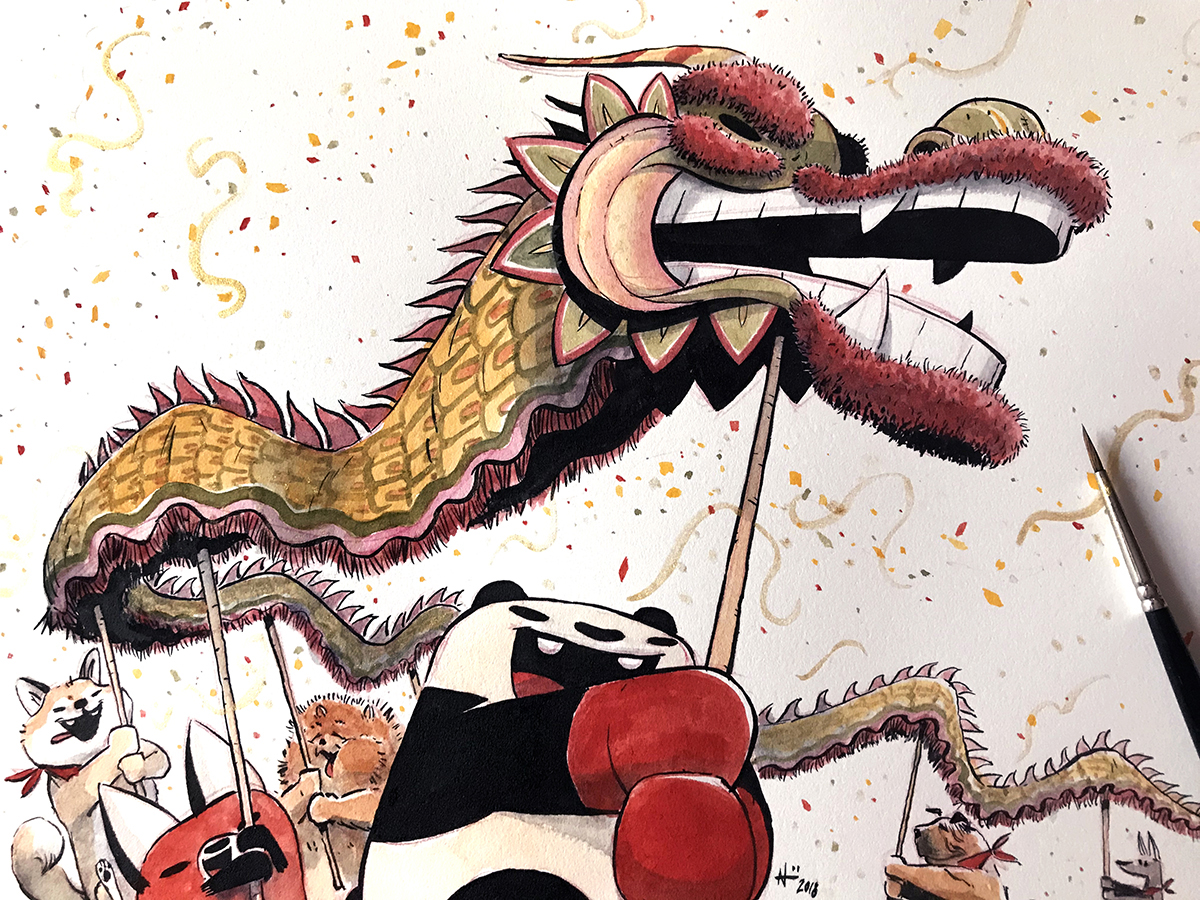